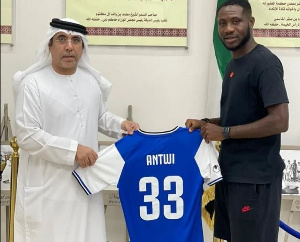 Antwi is experienced having played for top clubs in Malaysia, Sweden, and Norway before heading to India in October 2020 also on a free transfer.

The 28-year-old center-forward played for Ghana Premier League giants Hearts of Oak from 2009 to 2011.

After spending about a year in Malaysia playing for Kelantan FA and Perlis FA, Antwi returned to Ghana where he signed for Inter Allies FC.

Antwi then moved to Sweden in January 2014 after a successful season with the Ghanaian side.

I did not ‘finger’ her – Prisoner swears