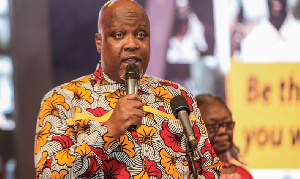 Host of the Morning Show on Accra-based Peace FM, Kwame Sefa Kayi, has bemoaned the growing dislike of critique by young journalists in the country.

He believes it’s a worrying trend which if not fought will affect the growth of Journalism in Ghana.

He was speaking on Accra-based Joy News when he made this known.

Expressing shock at this attitude of media personnel, Chairman General, as he affectionately called, argued that although the media and its personnel are responsible for keeping society in check, they cannot always be right and therefore, must learn to accommodate criticisms and should be humble enough to admit when they go wrong.

“I think we’ve become very opinionated which is good in some breath but sometimes we think we know it all. I noticed a lot of us journalists and media practitioners don’t like to be critiqued. I’m like really, when did this happen? We think that we know it all and we think that the moment we have an opinion that should be the overriding opinion.

However, the ace broadcaster disagrees with the abuse of journalists saying “What I cannot stand or what I disagree with is plain face insults and disrespect and threats. If you disagree with my views, defeat me with a superior argument. Don’t defeat me with threats and insults.”

Do or die: Stop defending idioms that can be misinterpreted – Prof Gyampo