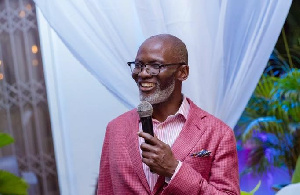 He said the list which is scheduled to be released on Sunday 19 September by the Local Government Minister, Dan Botwe, must not break the ranks of the NPP but rather unite it.

“This is not a do or die affair,” Gabby said in a Facebook post. “The President appoints and he does so not to deliberately disappoint anyone but to get his work done. It is that simple. Let’s live with it and make progress.”

“Tomorrow all the speculations will be over, including fake lists and recommendations. Sunday, the Local Government Minister, alongside the Information Minister, shall address a press conference and put the official list of MCEs and DCEs out. The only list which matters! Same list will be put on the Info Ministry website afterwards so you can check it for yourself. Until then, we are advised to ignore all lists and all publications for just one day p3!”

Who’s in and out

The former Deputy Greater Accra Regional Minister Elizabeth Sackey is to replace Mohammed Nii Adjei Sowah as the Municipal Chief Executive of the Accra Metropolitan Assembly, sources at the presidency have said.

Some women MMDCEs who are tipped to retain their positions are Catherine Reckling, the District Chief Executive for Sekyere South District in Ashanti region, and Martina Appiah Nyantakyi, the Municipal Chief Executive Officer for Ahafo Ano North in the Ashanti Region.

New entrants for the role of MMDCEs include Josephine Awuku Ansaa Inkoom for Ayensuano District, one of the thirty-three (33) districts in Eastern Region, Anna Adukwe Addo for Tema West Municipal Assembly (TWMA), one of the 10 newly created MMDAs in the Greater Region and Zuweiratu Mada Nashiru for Chereponi District, one of the 260 Metropolitan, Municipal and District Assemblies (MMDAs) in the whole of Ghana.

The President, Nana Addo Dankwa Akufo Addo on Thursday 16 September 2021, submitted the list of nominated Metropolitan, Municipal, and District Chief Executives (MMDCEs) to the Minister for Local Government and Regional Reorganization, Dan Botwe, the Director of Communications at the Presidency, Eugene Arhin disclosed in a Facebook post.

Arhin in his post confirmed that the President has finalized the list of nominees and that the Local Government Minister will soon announce the names.

“List of MMDCE nominees finalized by President Akufo-Addo; it will be submitted in the morning to the Minister for Local Government, Decentralization and Rural Development, Hon. Dan Botwe. Expect the list to be announced by the Minister very soon.”

Government has been under pressure over the delay in appointing new MMDCEs nine months into a new Akufo-Addo administration.

However, the Presidency has rejected claims that the delay in appointing Metropolitan, Municipal, and District Chief Executives (MMDCEs) is hampering development at the local government level whatsoever.

Homosexuality is not a human right – Rev. Naameh