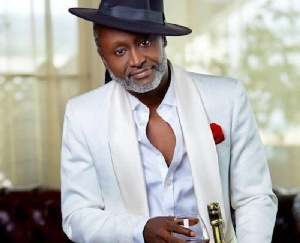 Veteran Ghanaian hip-life musician, Reggie Rockstone, has asserted that his legendary status in the music industry will never make him go broke unlike some of his colleagues.

Speaking on Skyy PowerFM on Saturday, September 18, Reggie established that his contribution to the Ghanaian music industry is immense.

The ‘hip-life grandpapa’ said he has been able to solidify his position in the African Music scene by introducing hiplife and as such, he will forever be relevant.

“If you look at my story, I’m a legend in the history of Ghana music and Africa at large with what I have contributed to music via hiplife. Whether I play music or not, I will always be that guy, just like Daddy Lumba, Amakye Dede, and Kojo Antwi. There are some certain people whether dead or alive will always have that reference because of their contribution.”

Reggies added that the way he carries himself has generated a lot of respect towards him.

“I don’t use my social media handle for rubbish and attention-seeking, I share a lot of wisdom there to educate the youth about real life,” he said.