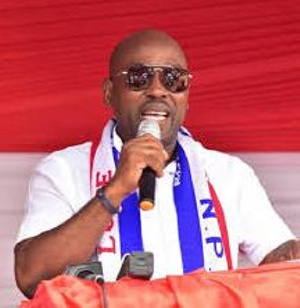 Mr Makafui Kofi Woanyah, Volta Regional Chairman of the New Patriotic Party (NPP), has said the opportunity given to persons to serve as Metropolitan, Municipal and District Chief Executives (MMDCEs) must not be a “Do or Die” affair.

“The opportunity to serve is, therefore, a privilege and not a DO OR DIE affair,” he noted.

He said the President was the “sole appointor” and he alone had the prerogative to select those who must help him deliver on his mandate and transformational agenda.

Mr Woanyah in a press release copied to the Ghana News Agency (GNA), urged all to accept the President’s nominations and work collectively towards their confirmation by the various Assemblies.

He said “there always will be a better tomorrow. The longer we stay in power, the greater the opportunities and the chance for us all to take our turn.”

The Regional Chairman called for the need to eschew acrimony and rancour adding that “there will be no winners nor losers in this process.”

He noted that those who would be nominated will need the prayers and support of everyone to succeed.

Mr Woanyah congratulated all the nominees in advance and pledged his support to help push them through the confirmation process.

He further urged all to be measured, magnanimous, and gracious in their reactions to the nominations when they are announced.