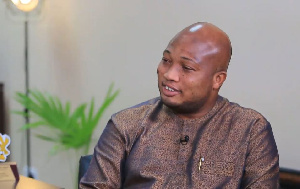 Opposition lawmaker for North Tongu, Samuel Okudzeto Ablakwa, has pledged to work in harmony with the newly-nominated District Chief Executive (DCE) for the area, Mr Osborn Divine Fenu, for the needed development.

Mr Osborn Divine Fenu was among the list of the Metropolitan, Municipal and District Chief Executives (MMDCEs) officially announced by the Local Government Minister on Sunday, September 19.

Mr Ablakwa, a former Deputy Minister of Education, congratulated him and pledged to support him in delivering on his mandate.

“I have this morning called the President’s nominee for DCE of North Tongu, Mr Osborn Divine Fenu, to congratulate him & to convey my very best wishes for the journey ahead.

“We pledged to relegate partisan differences & work together to improve living conditions of our people.”

The Local Government Minister, Dan Botwe, released the list of MMDCEs during a press conference in Accra on Sunday, September 19.

He said the MMDCEs position is service to the nation; hence, persons whose preferred choices were not selected should not engage in disturbances.

“The whole idea is service to the nation. So far as I am concerned, and all well-meaning Ghanaians know, this is aspiring to serve our motherland. If [the] opportunity has not been given to you to serve, there cannot be any reason for disturbances.

“If truly you wanted to serve, then there is absolutely no basis for you to involve in disorderly conduct,” he said at a press conference in Accra while announcing the list.

‘Treat the public with respect’ – IGP to police officers