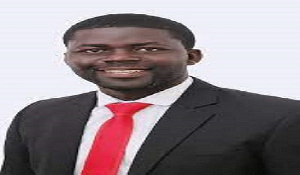 The Ghana Association of Assembly Members advises all appointed Metropolitan, Municipal, and District Chief Executives (MMDCEs) to do the needful if they want to be confirmed.

National President of the Association Mr Charles Asinor told Nyankonton Mu Nsem on Rainbow Radio 87.5FM that some of the nominees who have been retained were at loggerheads with assembly members.

Mr Asinor stated that the appointed MMDCEs who were to be confirmed must start building rapport with the assembly members if they want to be approved.

He further indicated that the nominees must start lobbying with the assembly members because they need them more than ever before.

“If you know you have been nominated, then you have to do the needful if you want to be appointed,” he stressed.

He also used the opportunity to commend President Akufo-Addo for finally nominating his MMDCEs saying, it was long overdue.

I’ll weather the storm; all machinations against me will fail – Haruna Iddrisu reacts to claims