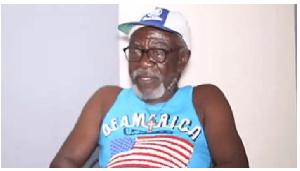 According to him, they lack the foresight and the vision to run the Ghana Actors Guild, which has led to the poor living conditions of veteran entertainers.

Over the years, some actors and actresses have benefited from the benevolence of others for survival. Others have publicly solicited funds to foot their bills.

Just recently, Actor Psalm Adjeteyfio, also known as T.T of Taxi Driver fame, came out to solicit for Ghc3000 to enable him to pay his rent.

But touching on the issue, Dada Santo, in an interview with Angel Fm and monitored by MyNewsGh.com, emphasized that the Film Producers Association of Ghana (FIPAG) and Actors Guild leaders have failed to implement policies that seek to cater for the welfare of their members because they are refusing to think outside the box.

“As an actor, I must confess that our major problem is our leaders who have failed to work beyond expectations. We don’t have leaders who think about the welfare of the actors and the actresses,” Dada Santo said

“Majority of our leaders are illiterates, and others lack the knowledge to implement policies which will support the welfare of their members”, he added.