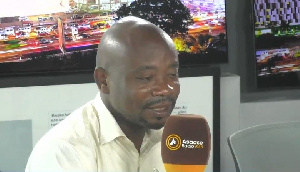 President of the Chamber of Local Government, Dr Richard Fiadomor

• This has created tension among some constituents in the country

President of the Chamber of Local Government, Dr Richard Fiadomor, has called on government to launch an investigation into the leaked list of the Metropolitan, Municipal, and District Chief Executives (MMDCEs).

He also suggested that persons found culpable should be punished for their actions.

Speaking on Asaase Breakfast Show on Monday, September 20, 2021, he said the actions of these unscrupulous people have put President Nana Addo Dankwa Akufo-Addo in a tight corner.

He said, “Now they have put the president in a very tight corner…the president is not bound to go by the recommendations of the committee. So now that we know that the president is not bound by the recommendations of that committee, it was very improper for the list to have come into the public domain…If you look at what happened in Tema Central, it was because in the earlier list, everybody saw that one Charles Boateng was the one who has been recommended and the person who has now been nominated came third, so the question is what went wrong?”

The Minister of Local Government, Decentralisation and Rural Development, Dan Botwe, on Sunday released the full list of MMDCE nominees at a press conference in Accra.

He explained the MMDCEs are to serve the nation, therefore, everyone should accept the list in good fate.