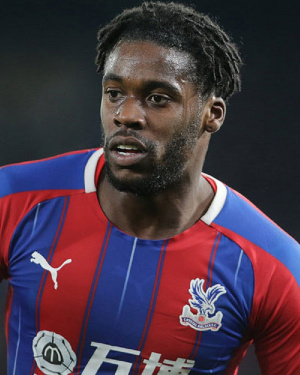 Ghana international, Jeffrey Schlupp was missing in action on Saturday when his Crystal Palace side lost 3-0 to Liverpool in the English Premier League.

The midfielder who can also play as a defender has barely seen any action since he returned to England after the last international break.

Prior to the Liverpool game, it was reported that he was feeling better and could be fit in time to feature.

As it turned out, he is yet to fully recover from an injury he is carrying and as a result had no part to play when his team suffered a heavy defeat at Anfield.

According to Eagles manager Patrick Vieira, Jeffrey Schlupp still needs some time to regain his fitness.

“Jeffrey Schlupp is getting better but is not going to be involved tomorrow,” the Crystal Palace coach said before the Liverpool game.

Patrick Vieira added, “He didn’t have enough training with the squad, so will stay behind and do a session tomorrow, before getting with the team on Monday morning.”

Schlupp, 28, today is joining his teammates for training and should be ready to play in the team’s next outing.

Kotoko can go for pre-season in heaven, we’ll beat them – Olympics