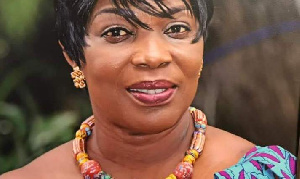 Elizabeth Sackey has been appointed as the MCE for AMA

• Out of the six Metropolitan Assemblies, four had new appointees while two were retained

Dan Botwe, the Minister of Local Government, Decentralisation and Rural Development, on Sunday, September 19, released the list of nominees for the Metropolitan, Municipal, and District Chief Executive (MMDCE) positions.

If approved by their respective assemblies, they will assist President Nana Addo Dankwa Akufo-Addo at the local government level during his second term.

Out of the 260 nominees, 38 are females whereas 222 are males. In all the 16 regions, males outnumbered female nominees.

Dan Botwe, while addressing journalists said the released list has been forwarded to the various regional ministers.

He explained that regional ministers are now required to contact the elections management body, Electoral Commission, to commence processes for assembly elections on the various nominees.