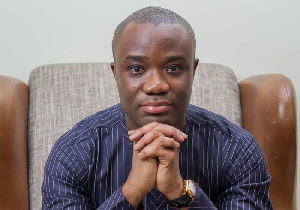 The 67-year-old is close to landing the Black Stars job after arriving in Ghana on Sunday night to sign a contract to coach the national team for his second stint with the four-time African Champions.

In a post sighted by Footballghana.com, Mr Ofosu rated the Serbian as the best Black Stars coach in the last three decades and is confident his speculated return will help Ghana succeed.

“Milovan Rajevac is the best Black Stars Coach in the last 30-years. His speculated return is music to my ears,” he posted on Facebook.

Rajevac, when confirmed as the next Black Stars coach, will lead Ghana in the next World Cup qualification matches against Zimbabwe in a doubleheader next month.

Ghana are currently second in the standings after two rounds of the qualification matches of the global tournament.

The Serbian will also be tasked to lead the Black Stars to a 2021 Africa Cup of Nations triumph in Cameroon next January.

Rajevac, in his first reign as Ghana’s coach, was named African Coach of the Year in 2010 after impressive outings at the AFCON and World Cup, respectively.

The 67-year-old made history by leading the Black Stars in 2010 to reach the quarter-finals at the World Cup in South Africa.

A few months earlier, he led Ghana through to the final of the Africa Cup of Nations (Afcon) in Angola, in which they fell to Egypt.

He quit his job as a Ghana coach two months after the World Cup heroics, taking on a new job at Saudi club Al-Ahli.

He has since been able to coach the Qatari nation’s national side, Slovenian club Rudar Velenje and the national team of Algeria as well as Thailand.

Friday Debate: Will Milovan’s Black Stars get an easy win against Zimbabwe?

Milovan Rajevac to be unveiled as Black Stars coach today