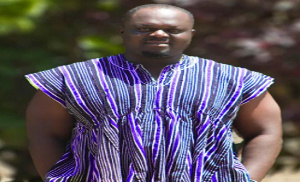 Sustainable development expert Michael Ebo Amoah has opined that the number of women appointed as Metropolitan, Municipal and District Chief Executives is a ‘bit challenging’.

He stated on Frontline on Rainbow Radio 87.5FM that we cannot move forward without the participation of women as a society.

He said the men took more interest in the job compared to the women; hence the appointing authority could not be blamed that much.

He noted that we were expecting more women to have been appointed.

According to him, from his investigation, the opportunity was granted, but a lot of women did not go to apply for the job.

He attributed this to attacks on women in politics and the naming calling.

Meanwhile, he has advised President Akufo-Addo to give his appointees performance contracts should the assemblies approve them.

The performance indicators he stated would allow him to know those who have performed well.

The competence of the appointees he asserted is also commendable since the nominees have several qualifications under their sleeves.

He said the performance should be measured so the appointees will not feel relaxed without working.

To the Assembly members, he advised them to look at the people appointed and vote for those who can do the jobs instead of taking money to influence their votes.

The MMDCEs he explained are representatives of the President, and their work will have serious effects on the people; hence they have to scrutinize the appointees and do the right thing.

Girls less likely to use or own technological gadgets