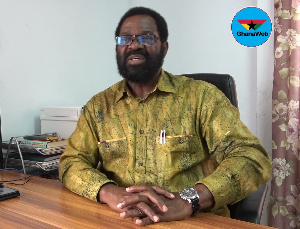 Former Mayor of Accra, Alfred Oko Vanderpuije, has tasked the new Accra Mayor nominee, Madam Elizabeth Sackey, to deal with the issue of flood within the jurisdiction.

Mr Vanderpuije, who is the Member of Parliament for Ablekuma South, in an interview with Citi News monitored by GhanaWeb, identified flooding in Accra as a key issue that deserves the attention of the nominee should she finally be given the nod.

“We need to put our hands around immediately, and we need to show leadership in that area,” he said.

“Look at the congestion within the city when it rains. This past Friday was an example. You can tell there was no leadership in the city. The whole city came to a halt,” he added.

Mr Vanderpuije, who is hopeful of Madam Sackey’s confirmation, also entreated her to work hand in hand with the Greater Accra Regional Minister, Henry Quartey, while addressing revenue generation gaps in the assembly.

Madam Elizabeth Sackey, a former Accra Regional Minister, is one of 36 females named amongst the President’s 260 MMDCE nominees.

Her approval by members of the Accra Metropolitan Assembly will make her Accra’s first female Mayor.