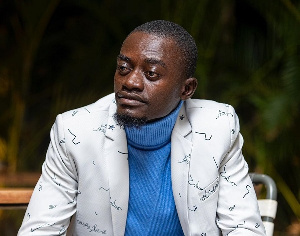 A former associate of Kumawood Actor, Kwadwo Nkansah Lilwin has raised some wild allegations against his boss.

According to Long Face, although he has gone the extra mile in a bid to serve the actor well, he wasn’t treated right.

“The highest pay I have ever received from LilWin is GHC300.00. When I fell ill, he gave me 200. and another 200 for rent. He treats visitors differently from how he treats those closest to him. He gives out money to strangers but if you’re close to him, you’ll suffer before getting money from him,” he stated in an interview with GHPage.

Long Face also recounted an instance where Lilwin brushed him off when he requested for an audio to promote his MC job.

“There was this day I pleaded with him to record an audio to hype my small MC business and he refused. As though that wasn’t enough, he labelled me as disrespectful for trying to discuss business with him,” he added.