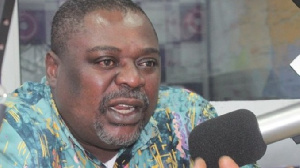 Former Director of Communications at the Presidency under late Prof. John Evans Atta-Mills, Koku Anyidoho has condemned violent attacks in Chereponi and other communities over the persons appointed as Chief Executives for the various Metropolitan, Municipal, and District Chief Executives (MMDCEs).

Mr. Anyidoho says although people have genuine concerns over some nominees, assaulting people over the nominations is terrible and unfortunate.

He commended President Nana Addo Dankwa Akufo-Addo for the broad consultations done before the appointments.

He noted that, that was the same approach the late Prof. Atta-Mills used in selecting his MMDCEs.

He indicated that it is extreme for party members to attack their leaders over the MMDCEs list.

He added we would certainly get the agitations, but people should be lawless and take the law into their own hands.

Koku Anyidoho explained that a lot of thinking went into the appointment of MMDCEs and that could have explained the nine months delays in the exercise.

“It is not a new phenomenon for people to raise objections in the appointment of MMDCEs. But when Koku Anyidoho talks about it as a governance person, I am attacked. Politics should be about the truth. President Mills went through the same approach, but we talk, you are seen, as a bad person. That was why he kept former President Kufour’s people there for six months plus.”

He charged Ghanaians to do politics with morality and avoid being immoral with their politics.