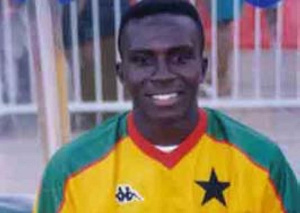 According to the club legend, the rainbow boys need to be more steadfast in their approach to games as the competition inches tougher from one stage to another.

Amankwa Mireku, who forms part of the 64 battalion team of Hearts of Oak that won the 2000 CAF Champions League and 2004 CAF Confederation Cup, said the players should have in mind that the battle is not over, hence working extra harder with determination is best to achieve that feat.

“I think that it’s all go down to hard work, so as I said they should put behind their double titles won as well as Kamsar’s game and tackle the match ahead of them. And the most important thing is working harder, because the more you progress, the more the competition becomes tougher,” he told Saddick Adams on Angel Floodlight Sports.

He then hinted that the playing body at this juncture needs to refrain from jubilating over their current success chalked, and be more focused to emulate the team’s inter-club-continental glory in 2000 and 2004

“I believe that if they used our era as a measure, they will realise that they are yet to reach the peak, so they’ll work harder to repeat what we achieve in 2000 and 2004 and I think it is possible.”

“But then, is all about hard work, they should also be determined that they can also do it,” Amankwah Mireku urged

The ex-skipper advancing that players constitute 70% of team success, charged them to execute their performances on the field of play because they are the main architect of the game.

He, however, called on management and all decision-makers of the team to be fast in motivating the playing body to enable them excel in their campaign in this year’s CAF Champions League.

The team defeated Guinean counterpart, Kamsar 2-0 last Sunday at the Accra Sports Stadium in a one-off tie due to the political uprising in the neighboring country.

Hearts of Oak will be hoping to break the jinx and book a place in the money zone of 2021/22 CAF Champions League when they face off competition from North African giants Wydad Casablanca in a two-legged crucial encounter next month.

CAF Champions League: Guinean side CI Kamsar to arrive on Friday ahead of Hearts of Oak clash