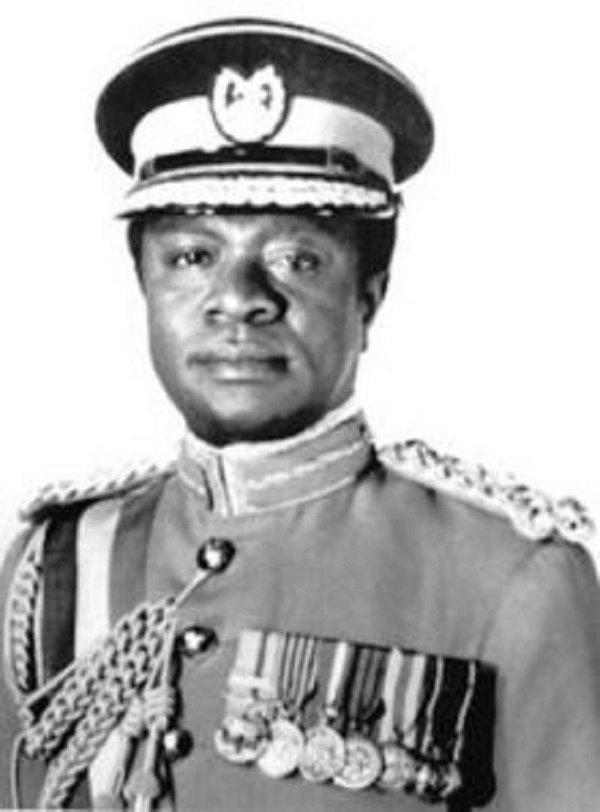 The 1970s in Ghana’s history could be labelled as the Ignatius Kutu Acheampong era, given that it defined the period that the career military officer seized political power in 1972. He will be ousted by the same means in 1978 and executed in 1979.

A lot has been said about his era with two major talking points being the “Operation Feed Yourself” initiative and the repudiation of Ghana’s foreign debts with the ‘yentua’ slogan.

A lesser pronounced incident during his time in power was bequeathing Ghana a new national anthem at the time, one that remains in use till date.

According to Prof Baffuor Agyeman-Duah, a historian and former senior UN governance advisor, Acheampong’s main motivation for directing a new anthem was to make the existing one (composed in 1957 by Victor Gbeho) more nationalistic.

“The current national anthem ‘God bless our homeland Ghana,’ was on the directions of Acheampong (because) the original one was by Victor Gbeho in 1957, ‘Lift High the Flag of Ghana,’ that was the first national anthem.

“It was Acheampong, who in 1974, asked that it be recomposed because it has to be more nationalistic. ‘God bless our homeland Ghana and make our nation great and strong’,” the professor said whilst making submissions on Net 2 TV’s ‘The Seat’ show last week.

According to GhanaWeb checks, national records indicate that the anthem was composed by Victor Gbeho in 1957. Gbeho’s composition started with ‘Lift High the Flag of Ghana.’

A scientist by profession, Prof Michael Kwame Gbordzoe, who composed the first stanza of the current anthem has failed to be recognized duly by successive governments, with Gbeho still recognized as having composed the anthem.

Gbordzoe was a student at the Bishop Herman College in the 1970s when Acheampong launched a call to recompose the anthem.

God bless our homeland Ghana
And make our nation great and strong,
Bold to defend forever
The cause of Freedom and of Right;
Fill our hearts with true humility,
Make us cherish fearless honesty,
And help us to resist oppressors’ rule
With all our will and might for evermore.

Hail to thy name, O Ghana,
To thee we make our solemn vow:
Steadfast to build together
A nation strong in Unity;
With our gifts of mind and strength of arm,
Whether night or day, in the midst of storm,
In every need, whate’er the call may be,
To serve thee, Ghana, now and for evermore.

Raise high the flag of Ghana
and one with Africa advance;
Black star of hope and honour
To all who thirst for liberty;
Where the banner of Ghana freely flies,
May the way to freedom truly lie;
Arise, arise, O sons of Ghana land,
And under God march on for evermore!