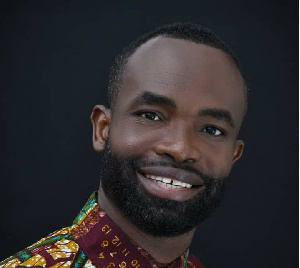 The chairperson for the United Progressive Party (UPP) Mr Kenneth Kwame Asamoah has expressed worry about the lack of priority for the basic needs of Ghanaians and has called on Government to focus on improving security and alleviating poverty among the citizenry than focusing on tax collection only.

He said though it was very necessary for every member of the public to ensure they paid their taxes, government must also make sure the benefits of paying tax were felt by the citizenry.

“The issue is that most of us do not feel the benefits of the tax we pay. Simple things like street lights and constant supply of water and electricity are not enjoyed by the public, yet government remains poised on chasing everyone for taxes. If taxes must be paid then we must also see a certain level of improvement in our lives,” he said.

Touching on the increasing rate of unemployment among the youth especially, Mr Asamoah, who was addressing a press conference in Accra on Saturday noted that the situation which had now become a menace could be blamed for the high rate of criminal activities in the country.

He was of the view that if the citizens were frustrated, many could become capable of engaging in all forms of illegalities to make ends meet.

The politician, in furtherance, condemned all forms of crimes adding that there should be no excuse for stealing or robbing but the right policies must be put in place by authorities to improve the living standards of Ghanaians.

Also, he mentioned that it was very important for the various security agencies to work without any interference from politicians or government, saying when this happened, the level of indiscipline and crime rate in the country would be reduced to some extent.

Describing the involvement of state security personnel in politics as unprofessional, he stated that it was wrong for such individuals to openly declare support for certain political parties.

“It is wrong for military or police personnel and other security agency representative to show us which political parties they belong to. They can exercise their franchise but make sure they do not come out for every member of the public to know the particular political party they support.

“They should always act responsibly to promote peace in the country. When this is done the public will also trust them more and not hesitate to volunteer information about security and criminal activities to the police when the need arises,” he advised.

Mr Asamoah was of the strong conviction that a total transformation of the Agriculture sector could go a long way in serving as an avenue for the creation of thousands of jobs for the youth.

‘Write your epistles while in prison’ – Asa B to Owusu-Bempah