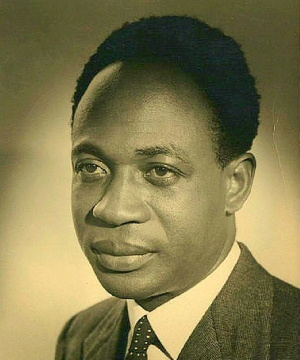 • Prof. Kwaku Asare has said that Dr Kwame Nkrumah‘s biggest mistake was his intolerance to disagreement on policy

Ghanaian private legal practitioner, Professor Stephen Kwaku Asare (Azar) has said that the biggest mistake of Ghana’s first president, Osagyefo Dr Kwame Nkrumah was his failure to tolerate those who disagreed with him on policies.

According to Professor Asare, the same level of intolerance in politics continues to linger in Ghana’s current-day political discourse, leading to a culture of citizens not being able to speak truth to power and a leadership that is vindictive and petty.

“As brilliant and visionary as Nkrumah was, his biggest mistake was his failure to understand that disagreeing with him on policy did not make you an unpatriotic Ghanafuo or an enemy.

“Unfortunately, this mistaken belief that disagreements on matters of policy are not to be tolerated at the national or even party level did not die with his removal.

“In consequence, Ghanafuo leaders have not been able to benefit from the diversity and tolerance of ideas that are the foundation of building strong polities.

“The persistence of this mistake has created and nurtured a sad culture of sycophancy and leadership that tends to be too petty and vindictive,” he shared on his Facebook wall.

In commemoration of Dr Kwame Nkrumah’s 112th birthday, Pro. Azar said it has become rife for Ghanaians to break such attitude.

“As we celebrate Osagyefo’s birthday, let us resolve to break this malaise and resolve to shun the injunction to go along to get along. Dishonest agreement, not honest disagreement, is the worst form of loyalty and continues to be our leaders’ Achilles heel. Happy Osagyefo’s Day,” he further wrote.

Solution to Ghana’s problems is in NDC manifesto – Mahama