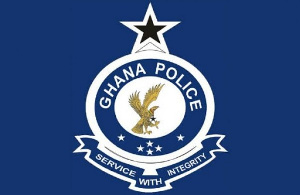 Logo of the Ghana Police Service

• The robbers, according to the police, succeeded in taking away an amount of GH¢29,000

The Accra Regional Police Command is investigating a daylight robbery incident that occurred at the Apenkwa traffic light, a police statement sighted by GhanaWeb has said.

According to the statement, on Monday, September 20, 2021, the Police Command received a distress call at 3.00 pm about the incident and quickly proceeded to the scene of the crime.

“Preliminary investigation has shown that the victim, whilst returning from the bank, was shot by two men on a motorbike. The Police found evidence that a gunshot has been fired at the scene of the crime.

“The robbers succeeded in taking away an amount of twenty-nine thousand Ghana cedis (GH¢29,000) from the victim. The victim who sustained gunshot wounds was transported to the hospital and currently receiving treatment,” the statement signed by DSP Juliana Obeng explained.

The statement further urged the public to remain calm as police work to arrest the perpetrators of the crime, but called for support in terms of relevant information leading to the arrest of the robbers.

“The Police urge members of the general public to remain calm, and further assures its relentless commitment to ensuring the arrest of the perpetrators of this crime in the shortest possible time, as investigations into the case is ongoing.

“The police further implore support from members of the general public to provide relevant information leading to the arrest of the robbers,” it said.

Read the Police statement below. 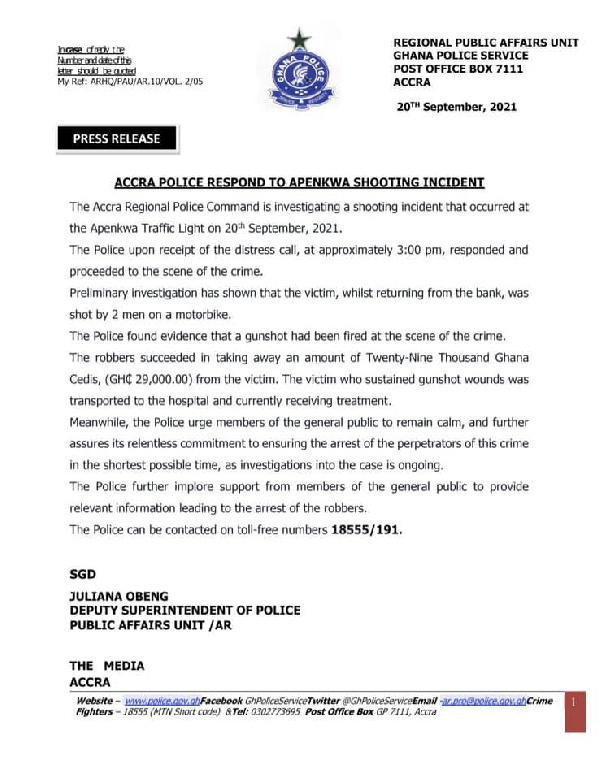