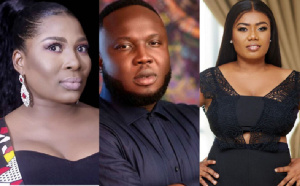 • TT was criticized for seeking for help publicly

• He appealed for funds via social media to pay his rent

While some Ghanaian celebrities have slammed Psalm Adjeteyfio for publicly soliciting support to cater to his needs, others have asked critics to cut the veteran actor some slack.

Following Mr. Adjetefio’s act of seeking funds on social media to fund for his rent among others, some individuals, including popular Ghanaian actor, Nii Saka Brown and DKB, have described the actor’s decision to solicit funds to secure his rent as embarrassing and a dent on his image.

In the case of Nii Saka Brown, he has asked TT to bow his head in shame if he hasn’t been able to gather any investments for himself throughout his entire career.

“George Williams died; he did not beg although his condition was extremely critical. He led a very good life. Look at Rama Brew…she never begged. It is the life they lived. Grace Nortey also did not beg. But as for TT, it’s his lifestyle. He said he needs money to pay rent? At this 60 something years of age, he is still renting. He has failed,” Nii Saka Brown stated in an earlier interview with TV XYZ.

DKB also asked the veteran actor to quit embarrassing himself publicly and make good use of the donations pouring in following his appeal for support.

But after careful analysis, some host of celebrities have condemned all forms of attacks directed at (TT).

The likes of Bridget Otoo, popular sound engineer Kaywa and actress Gloria Sarfo have blasted critics who spoke against TT’s decision to solicit for funds.

Let’s take a look at how these celebrities defended TT on the back of the numerous criticisms directed at him:

Bridget Otoo believes there is absolutely nothing wrong with the veteran actor seeking help publicly.

“Psalm Adjetefio wasn’t shy to put his dire situation out. It can be embarrassing but sometimes we must swallow our pride when we are in difficult situations and reach out for help. You never know who might come to your aid.
How do we prevent this from happening to another actor, musician or regular person in the future?”

The renowned sound engineer joined the host of celebrities to condemn individuals who have criticized the veteran actor for soliciting help publicly.

His comment was directed at Nii Saka Brown especially, who emphasized that his colleague Psalm Adjeteyfio (TT) has failed in life.

Disgusted by such a statement, the Highly Spiritual boss earlier took to social media and wrote;

“This is an unfortunate statement ..u don’t kick a man when he’s already down. He needs help, if u can’t help, don’t let your statements stop others from doing that…let’s help people when they need it, u dnt knw when it will be your turn. Shalom.” 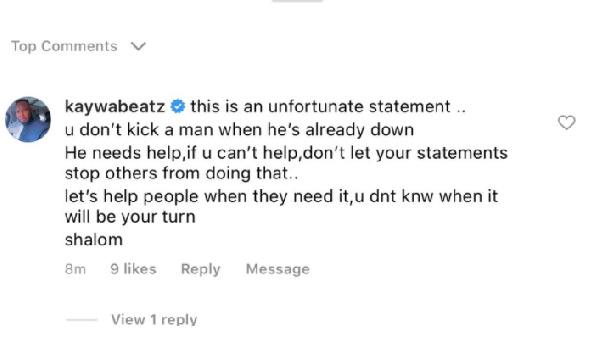 It can be recalled that the veteran actor slammed his colleague for publicly soliciting support to cater to his needs.

Nii Saka in a recent interview on TV XYZ stated that Psalm Adjeteyfio has failed in life if he is still renting at his age. 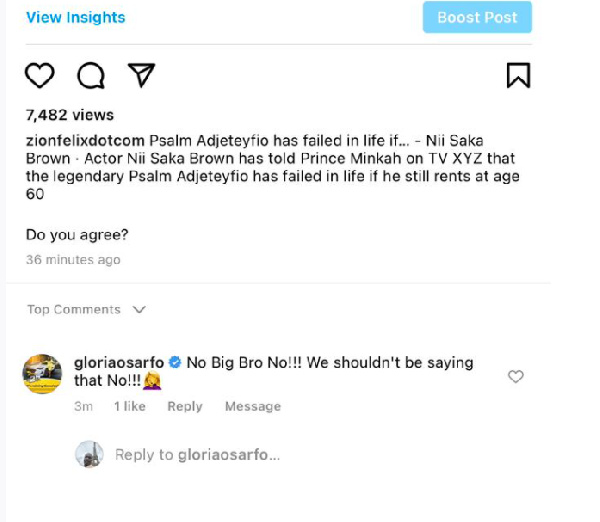