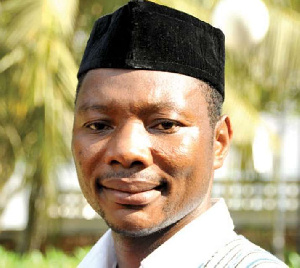 Former National Chairman for People’s National Convention (PNC) has said the break down of Convention Peoples Party (CPP) into other units is an insult to Dr. Kwame Nkrumah.

Bernard Mornah remarked when he was speaking to Kwamena Sam Biney on Angel FM’s ‘Anopa Bofoɔ’ morning show on September 21, 2021—a day set aside as a memorial to the first president of the Republic of Ghana.

Dr. Kwame Nkrumah founded the CPP in 1949 after breaking away from the United Gold Coast Convention (UGCC).

With his personal ideologies and socialism, nationalism and even his altruistic attitude towards other African countries, the extolled leader fought for the freedom of the nation from colonial rule and engendered development in all sectors of the economy.

However, the current state of the late founder’s party cannot be matched with its prime time.

As a result of internal wranglings that continue to surface in the party, there have been disunionization. Thus, bigwigs have broken away to form their own parties while upholding the ideologies of the acclaimed hero.

These parties include Mr. Mornah’s PNC which was founded in 1992 by Hilla Liman; Progressive People’s Party (PPP), founded by Paa Kwesi Nduom in 2012; and All People’s Congress (APC) in 2016 by Hassan Ayariga—a party which is an offshoot of the PNC.

Mr. Mornah—PNC’s Parliamentary Candidate in the 2016 and 2020 elections for Nadowli Kaleo Constituency in the Eastern Region—speaking on the current state of the CPP and how the break aways have not yielded positive results, described the situation as an affront to the legacy of their leader.

“It is not the name that wins elections. It is the galvanization and the mobilisation that wins elections…CPP contested first elections in 2000 with Professor Hagan, later by George Agudey, then Paa Kwesi Nduom, to Abu Sakara and then the last time by Ivo Kwabena Greenstreet. This is how the CPP has grown up.

“So from there, the CPP broke up further into two. The PPP came out of it. The PNC, we broke up into two, the APC coming out of it. Further disintegration of the Nkrumaists front is an insult to Kwame Nkrumah,” the MP hopeful said.

According to him, what would have kept the part together and formidable for winning elections was unity, which is the missing element.

“When people were fighting for federal state, he said no, unitary state and he won with a unitary state,” he added.