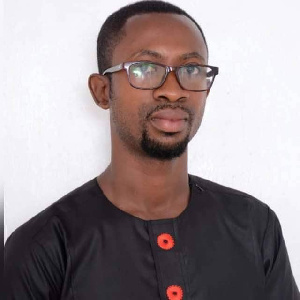 The Bono Regional Communications Director for the ruling New Patriotic Party has called for decorous amongst his communicators on the subject of the MMDCE nominees.

The Bono Regional Communications Director, Mr Asare Bediako Seth urged his members to be mindful of media houses who intend to use the nomination list of the MMDCEs to bring about anger and disunity in the party at the various levels.

“Our humble appeal to all communicators is to be mindful in their communications especially, the interviews they grant, and the mischievous media houses that will try to hit heads together to generate controversies.

“We must always remember that we have an eight to break,” he said.

He further appealed to the party supporters to be united and trust the judgement of the appointing authority since every nominee was selected after a broader consultation and in the interest of the nation.

Mr Asare Bediako Seth called on Assembly Members not to delay in the confirmation of Metropolitan, Municipal and District Chief Executives (MMDCEs) to fast track socio-economic development across the country.

The Bono Regional Communications Director expressed his appreciation to the President, Nana Addo Dankwa Akufo-Addo for his diligent work in appointing competent hands to steer the affairs in the various assemblies across the Bono Region.

The Regional Communications Director urged the appointees to justify the confidence reposed in them by excelling at their various assemblies and congratulated all nominees while he wished the other aspirants better luck in their future endeavours and again entreated all patriots to accept the President’s nominees for the positions of Municipal and District Chief Executive across the region.