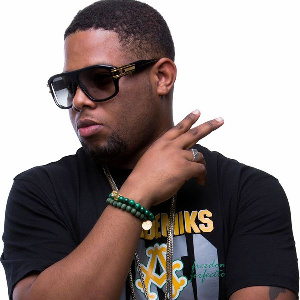 Artiste Manager and Musician Desmond Blackmore know popularly as D Black has intimated that managing artistes in Ghana is a thankless job.

The artiste manager over the years have lost several artistes who were signed to his label including Wisa Greid.

Over the years, artistes signed under his label although they are provided with the needed support do not make the needed impact.

In a post shared on his Twitter page, D Black indicated that managing artistes is a thankless Job.

However, he cannot be blamed for an artiste’s failure to become a hit after several years under his label.

His tweet read “Being a label CEO is a thankless job. So here we do it for the greater good. When u produce an act & they bcome successful it’s because they did it. When u have an unsuccessful act it’s ur fault. Realizing that not every1 is gonna b successful is the best realization u can have”.

D Black’soutburst follows Kwadwo Sheldon’s call on him to state three contributions he has made to the development of the music industry.

D Black is worried that such a young man whose achievement are unknown will want to insult his achievements in the industry.

He has asked the youtube to desist from questioning him and posting negativity he has nothing to contribute to the industry.

I won’t retract; I never lied about my wealth – Beverly Afaglo defends ‘I am not broke’ video