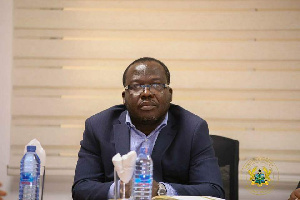 Mr Amoah, the nominee, when given the nod by the assembly members would serve the constituents for a second term.

The ruling New Patriotic Party (NPP) prior to the announcement of the MMDCE nominees asked the party top hierarchy, and other stakeholders to accept the nominees in good faith.

He, therefore, appealed to the Assembly Members in particular to endorse Mr Amoah whom the President deemed rightful to serve the Constituency to bring more development to the area.

He advised party supporters and his followers to desist from acts that could dent the peaceful atmosphere of the Municipality.